I got diagnosed with this officially this year. I was told to learn to live with it like I do my Cerebral Pasley and other things. I do want to say to them sometimes if you know what it is then why cant anything be done about it.

What it is is a seizure in the body but not in the brain.  I know when Im about to have a big attack because my speech will stop and my body will freeze when I had my first attack it was at Christchurch Connect on the mini bus they thought I was fitting but I had to tell them I wasn’t. I was able to tell them how to help me because then my speech and sight were not affected.

And because of this now I was asked by my epilepsy nurse to go every where outside in my wheelchair. I always thought it would be my CP that made me do that and not my N E A D.

Sometimes it plays up with just one or two things of my body like my speech balance and sight. Or sometimes my whole body. So for example because of this I can be stuck in the bathroom for one or two hours. Or I will freeze whilst doing a task at home or in the middle of the swimming pool.

I know people have been diagnosed with it before but then been told that its epilepsy.

I try not to let it get the better of me for example I can make laughter out of it with my friends by them trying to finish my sentences for me.

Its not the easiest thing to live with but live life in the best way you can and make it as happy as possible.

I make people laugh sometimes when it plays up by saying that it can be my cp and epilepsy having a fight with each other to see which one is going to annoy me first.

I have better understanding now for my friends who struggle to see and who can not speak.  It is annoying when I want to move but my body doesn’t. Sometimes I ask for help or sometimes I’m patent with it. Depending on where I have to be.

I hope that this helps. Omi 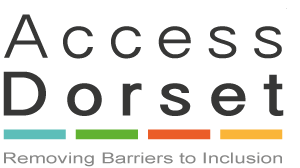